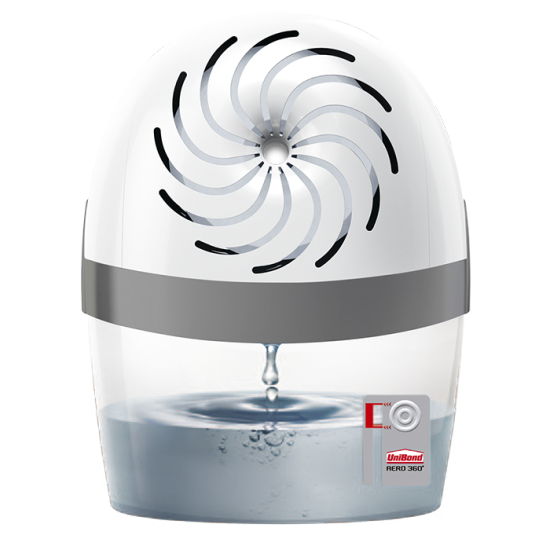 Aero 360º device is the revolution of moisture control. The new Henkel system optimizes the air circulation by 360°. The Aero 360° system is based on the physical principle – the more contact the tab has to air, the higher the moisture absorption power it provides. The aerodynamic device has a unique 360° Air Tunnel enabling the air to circulate completely around and through the hanging tab.

The ultra-absorbent Aero 360° tab has active crystals for a superior humidity absorption. The improved wave shape and a centered opening for an enlarged surface for more air contact boosts the performance of the system. This leads to up to 40% higher efficiency.*

* compared to a Henkel standard system.

*depending on the moisture level and room temperature. 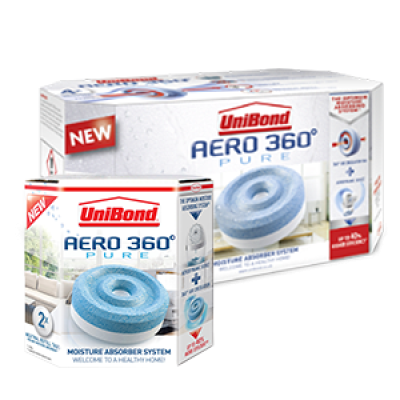